HOW SCHUIL COFFEE CAME TO BE

As Schuil rounds the corner into middle age, we’ve been reminiscing about our younger years that brought us to where we are now. While Schuil’s business has evolved with the times, much of the foundation laid by Garry and Gladys Schuil back in 1981 is still present at the core of what we do. 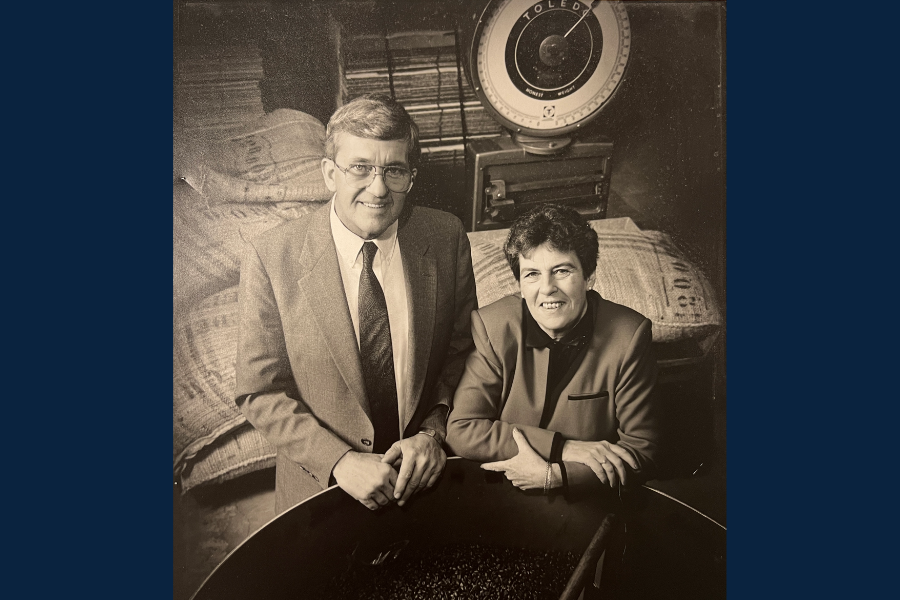 HOW SCHUIL COFFEE CAME TO BE

Our history began when Garry Schuil was travelling overseas in the 70s, and experienced a cup of coffee unlike any he ever knew - remarkably better than almost any offered in the U.S. at that time. Not long after he returned, Garry started one of the country’s first specialty coffee businesses. Just as we do now, Schuil began by focusing on sourcing high-quality coffees from across the world and offering consistently roasted coffee at an incredible value.

Coffee drinkers quickly got behind Garry’s mission to fill the void in specialty coffee available in the US. With increased demands for Schuil coffee by gourmet markets and grocery stores, Schuil had to relocate to a larger location in 1985, which brought us to our current location.

With experience in educating customers about a product's value from their previous focus on selling gourmet foods, Garry and Gladys believed this was just as important as the quality of their products. They were able to showcase the quality and value of their coffee to customers directly at their new location, with their own cafe in the front of the building. Although Schuil had the potential to become a national brand like Starbucks, we’ve kept our roots local and continue to call West Michigan home. We still work closely with many of our original partners, and invest in our Grand Rapids community.

In 1989, Gladys and Garry’s daughter Greta joined the company, and eventually became its President. Greta guided the company through many wonderful years, until she decided to move on from the business in 2017 - which just about brings us to now! In our next blog, we’ll cover the most recent years of our history, following Tim Volkema’s purchase of the business in 2017. While many of its core values have stayed the same, he’s also taken the business in many exciting new directions.

BONUS: now through October 15th, receive $10 off all purchases of $40+ with promo code: BDAY10OFF