HOW SCHUIL COFFEE CAME TO BE, PART 2

In our last post, we covered how Schuil came to be -- going back all the way to 1981! Now, we’ll fill you in on the changes the Volkema family has brought to the business since they purchased it and took over operations in 2017. 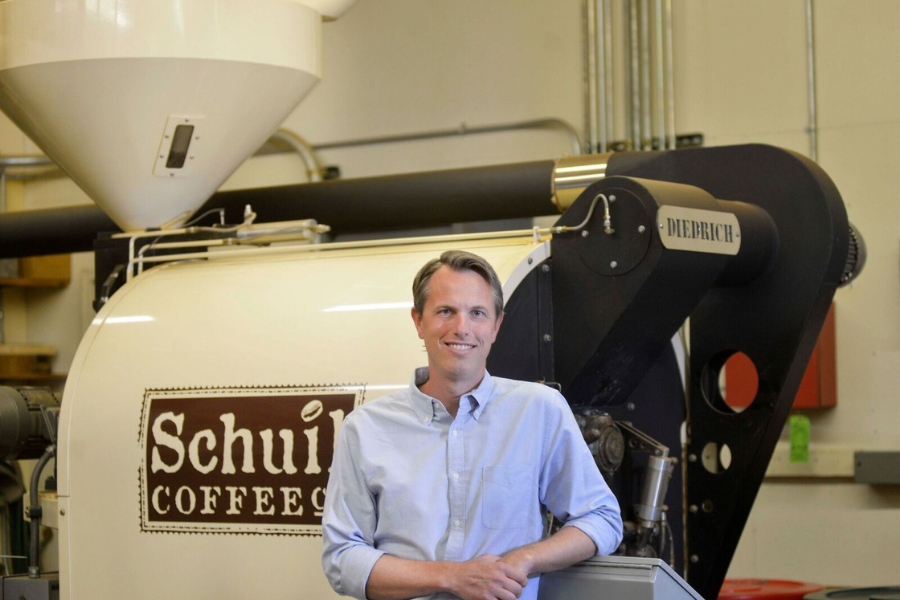 HOW SCHUIL COFFEE CAME TO BE, PART 2

Tim Volkema’s background was not in coffee prior to purchasing Schuil. Raised in West Michigan, he studied economics at Calvin College, and eventually received his MBA from Northwestern University. From there, Tim’s work brought his family from coast to coast, with roles at Amazon and Kraft Foods.

After years of big city life in San Francisco, New York, and Chicago, the Volkema family chose to return to their West Michigan roots and settle in Grand Rapids. As a part of their transition, Tim wanted to apply the business experience he gained over the years, and invest in a company he believed in. A friend of Tim's from New York, Tim Katt, connected his Aunt Greta (Schuil) and Tim as she was looking to move on from the company, and Volkema soon became Schuil’s new owner.

Although Tim wasn’t well versed in coffee when he took over the business, he immersed himself in all things coffee to learn as much about the product and the industry as possible. It soon became a family affair, as he began to train for the rigorous coffee Q-Grader exam with his daughter Frankie, who then became the world’s youngest Q-grader at 13! This experience together led her to launch her own coffee brand called Joven, which offers coffee exclusively grown by young farmers.

Speaking of new additions, Tim also brought Sparrows Coffee on to the family of brands in 2018. Sparrows is a third-wave coffee brand that offers primarily light and medium-roasted coffees traceable to specific farmers and producers. Other big changes the Volkema family brought to Schuil include a remodel of Schuil’s cafe and headquarters, the opening of a new Sparrows cafe in Grand Rapids, an expanded line of offerings and flavors with more focus on direct-trade relationships, and expanded distribution online and to coffee shops, restaurants, grocery stores, and offices across the Midwest.

Despite the changes and progression of the business, many of its core values remain the same. 40 years later, the Schuil team remains committed to upholding Garry’s vision and legacy of providing an outstanding product at a great value. If you haven’t already, we hope you discover for yourself why discerning coffee drinkers pass up the big brands and choose products from our small, family-owned company proudly based in Grand Rapids, MI.